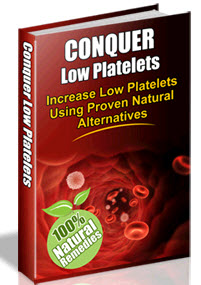 In broad terms, a complete remission (CR) in AML is defined as the inability to detect leukemia, using standard tests (i.e., peripheral blood smears, bone marrow biopsy and aspirate, and flow cytometry) to the greatest extent possible. It does not indicate or imply cure, though patients may mistake the two and assume that CR and cure are equivalent.1 Another way of approaching this concept is to consider the following thought experiment. When a patient presents with AML, he or she presumably has 1012 leukemia cells, which would be approximately the same number of cancer cells present in 1 cm3 of tissue in a solid malignancy [and that would be considered a pathologic enlargement on computed tomographic scan].2 Standard remission induction therapy usually reduces this number by three or four logs, to 109 or 108 myeloblasts (the amount required to decrease the number of blasts in the bone marrow to less than 5%, in the setting of recovered peripheral blood cell counts).3 In other words, in the setting of a CR, a patient may still have between 100 million and 1 billion leukemia cells, necessitating further cycles of chemotherapy to promote further log reductions in blasts, with an ultimate goal of reducing blasts to a finite number, at which point it is hypothesized that the patient's immune system can eliminate the residual leukemia. Only at this point can a patient be said to be cured. In AML, remission status is assessed after a patient's peripheral blood values have recovered, usually between 4 and 6 weeks after the start of remission induction therapy.

The first widely accepted definition of remission in AML was published in 1990 by a National Cancer Institute-sponsored workshop that took place in 1988 on definitions of diagnosis and response in AML.45 This definition was developed for use in clinical trials, though it has been widely applied outside of the trial setting. A CR was defined as a bone marrow biopsy and aspirate, demonstrating normal cellularity with normal erythropoiesis, granulopoiesis, and megakary-opoiesis (typically defined in the context of a bone marrow cellularity of 20%), and containing no more than 5% blasts. In addition, the peripheral blood had to contain at least 1500 granulocytes/mm3 and 100,000 platelets/mm3 for at least 4 weeks in the absence of intervening chemotherapy. The authors went on to comment that CRs were the only responses worth reporting in phase III trials, as lesser responses [e.g., partial responses (PRs)] do not have an impact on survival (the leukemia equivalent of being "a little bit pregnant"). The goal of these definitions was to make clinical trials comparable and interpretable, though the authors concede the lack of evidence supporting portions of their recommendations.

Over the subsequent decade, improvements in diagnostic criteria for AML6 and insights into the biology and genetics of the disease7-10 necessitated revisions of these guidelines. An international group of investigators met in Madrid, Spain, in 2001 to develop revised recommendations that incorporated these new insights

Criteria for a morphologic CR in AML

Absence of a unique phenotype by flow cytometry identical to what appeared in the initial specimen Absolute neutrophil count <1000 granulocytes/mm3 Platelet count >100,000/mm3

and novel therapeutics, and the results of their efforts were published in late 2003.11

The authors report different definitions for CR. The first, and most commonly used, is a morphologic CR (Table 8.1). This definition requires that a patient enter a morphologic leukemia-free state, defined as fewer than 5% blasts in a bone marrow aspirate; no blasts with Auer rods or persistence of extramedullary disease; and absence of a unique phenotype by flow cytometry identical to what appeared in the initial specimen (i.e., no persistence of aberrant markers, such as CD 7). In the setting of a morphologic leukemia-free state, the patient must demonstrate an absolute neutrophil count of at least 1000 granulocytes/mm3 (the old criteria required 1500) and 100,000 platelets/mm3. Absent are requirements for minimal bone marrow cellularity, minimal hemoglobin values (though patients should be transfusion free), and duration of response, as it was recognized that the 4-week requirement of maintenance of normal blood counts was often impossible in patients undergoing postremission therapy (which often occurs within 4 weeks). The authors also acknowledge that the bone marrow blasts percentage cutoff of 5% is entirely arbitrary.

Subcategories of patients who fulfill the definition of morphologic CR include the following:

1. Those who enter a cytogenetic CR. Patients in this category revert to a normal karyotype at CR from an abnormal one. This category is recommended for use primarily in clinical studies.

2. Those who enter a molecular CR (CRm). Reverse transcriptase polymerase chain reaction (RT-PCR) techniques are sensitive in detecting residual leukemia in AML typified by a specific genetic defect, including the PML/RARA in t(15;17), or the AML1/ETO fusion in t(8;21). The sensitivity of RT-PCR falls in the range of detecting one positive cell in 1000-10,000 cells. The prognostic implication of CRm is well established in monitoring APL12 and chronic myelogenous leukemia (CML),13-15 and will become more so in other types of leukemia.

3. Those who enter a morphologic CR with incomplete blood recovery (CRi). In the past, this has been referred to as a CR with the exception of recovery of platelet counts, and was used first on a broad scale in studies that led to the eventual approval by the Food and Drug Administration for gemtuzumab ozogamicin.1617 This category was developed for patients who fulfilled the requirements of a morphologic CR, but with residual neutropenia or thrombocytopenia. These patients do not seem to enjoy the same survival as those who enter a full morphologic CR.

A partial remission is defined as restoration of peripheral blood counts to similar values as in a CR, and a decrease in bone marrow blast percentage by 50% or above, to a total of no more than 25% (but more than 5%, unless Auer rods are present, in which case 5% or less is acceptable to meet the PR definition). Partial remissions are to be used only in the setting of phase I or II trials, in which a signal of activity (in the setting of acceptable safety) may be needed to expand drug testing in a subgroup of patients.