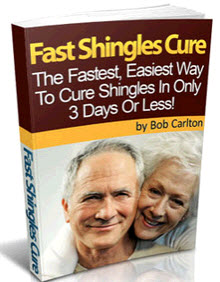 Herpes zoster is the most common severe viral infection associated with CLL (48). Less than 10% of patients experience cutaneous dissemination, and only a few develop visceral dissemination. About 20% suffer from postherpetic neuralgia, and a few develop polyradiculopathy or meningoencephalitis (55,60). Herpes simplex infections of the circumoral area and oropharynx are more common than herpes zoster but are usually not as severe. A chronic indolent form of orofacial herpes simplex infection has been described in a few patients (61). Slowly or rapidly progressive local or widespread lymphadenitis and, rarely, visceral dissemination may occur (62). Occasional patients may develop persistent or recurrent skin lesions after herpes zoster or simplex infection that are caused by infiltration by CLL cells (63).

Reactivation of Epstein-Barr virus (EBV) infection has been observed following fludarabine therapy (64). EBV-transformed cells can cause a mononucleosis syndrome or clonal lymphoid malignancies. A few patients with EBV infection transformed from a low-grade to higher grade B-cell malignancy, and this virus has been implicated in the transformation of Reed-Sternberg cells in T-cell and B-cell CLL (64). EBV infection may be responsible for some cases of Richter's transformation and also possibly for the development of disseminated Hodgkin's disease in CLL patients (65,66). However, although CLL cells can be infected with EBV in vitro, the infection rarely gives rise to immortalized cell lines (67).

Parvovirus B19 has been associated with aplastic crises in diseases in which the life span or production of red blood cells is reduced. Several CLL patients have developed severe parvovirus B19 infection manifested by a flu-like illness followed by anemia owing to pure red cell aplasia in the bone marrow (68). The infection may be followed by an incapacitating polyarthritis.

Progressive multifocal leukoencephalopathy (PML) is a demyelinating disease of the brain caused by the JC virus. The disease results from reactivation of latent infection. About 80% of normal adults demonstrate JC virus antibodies by middle age. PML was first described in patients with CLL and Hodgkin's disease (69). Symptoms include visual disturbances, speech defects, and mental deterioration, leading to dementia and coma. The mortality rate is 80% at 1 yr and the mean time from diagnosis to death is 4 mo. No consistently effective therapy is available, but arabinosyl cytosine may cause improvement in some patients (69).

How To Cure Shingles