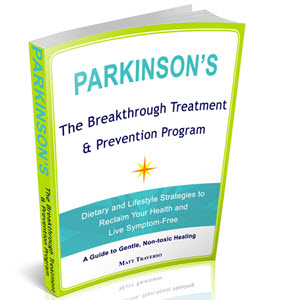 Radioligands used in PET imaging are generally taken up into the striatum at a slower rate than altropane. In addition, the expense of PET and the necessity of a nearby cyclotron makes PET less clinically accessible than SPECT. However, the better spatial resolution of PET is important in many research applications, and may increase in importance as knowledge about the neuropathological basis for basal ganglia diseases grows.

P-CFT (2-P-carbomethoxy-3-P-(4-fluorophenyl)tropane, or WIN 35,428) is a cocaine analog that binds selectively to DAT. Radioactive labeling with carbon-11 (11C) produces a specific DAT radioligand, 11C-P-CFT. Practical use of 11C-P-CFT is limited by the mismatch between its relatively slow uptake into striatum (peak levels at 80-90 min; ref. 46) and the short halflife (20 min) of 11C.

One of the earliest discoveries using 11C-P-CFT was that more than more than 70% destruction of dopaminergic cells was required to produce parkinsonian symptoms in 1-methyl-4phenyl-1,2,3,6-tetrahydropyridine-lesioned monkeys (47). 11C-P-CFT can reliably discriminate between changes in DAT distribution caused by PD and PSP (48). It may also be used to detect dopaminergic cell loss in early PD (49).

P-CFT also has been labeled with fluorine-18 (18F), which has a radioactive half-life of 109.8 min and relatively low-energy positrons; those features allow for longer imaging times and higher-resolution images than with 11C (50). 18F-P-CFT reaches peak striatal binding at approx 225 min. Therefore, although it capably images DAT (50) and monitors the progress of PD (51,52), the relationship between its striatal localization and isotope half-life is less-than-ideal.

Developed in 1993, P-CIT (2-P-carbomethoxy-3-P-(4-iodophenyl)tropane) is another cocaine analog with affinity for DAT. It achieves a striatal/cerebellar radioactivity ratio of 5 within about 90 min after injection (53). It does, however, exhibit some binding nonspecificity and is detectable on serotonin and noradrenaline transporters in the thalamus (54). In addition, its uptake into the striatum can be influenced by cerebral perfusion.

11C-P-CIT-FE may have some advantages over the other cocaine analogs, with more rapid peak binding (60 min; ref. 55) and similar ability to differentiate between movement disorders and diagnose PD (56,57).

Methyl-2-P-carbomethoxy-3-P-(4-bromophenyl)tropane (P-CBT) was developed to study the role of the halogenated site in DAT selectivity of cocaine analogs (58). Its radioactively brominated form (76Br-P-CBT) reaches peak concentration in the striatum in about 60 min and remains there for about 4 h, with a striatal-to-cerebellar activity ratio between 17 and 22 (58). In a study of 18 patients with PD, 76Br-P-CBT demonstrated reduction of DAT density better than 18fluorodopa but was not able to stratify disease severity (59).

In summary, although PET scan with [18F]-6-flouro-dopa is currently the imaging "gold standard" for diagnosing PD, this procedure is available at only a limited number of facilities. PET cameras are expensive, they require proximity to a cyclotron, and tests are nonreimbursable. Hence, the need for a less expensive and universal test such as a SPECT, especially in detecting early or atypical PD and other movement disorders, still remains. A DAT ligand with ideal pharmacologic properties using SPECT imaging, such as altropane, may prove to be an accessible, rapid and sensitive test in detecting early and/or atypical PD.

If you're wanting to learn about drug addiction... Then this may be the most important letter you'll ever read You Are Going To Get A In Depth Look At One Of The Most Noteworthy Guides On Drug Addiction There Is Available On The Market Today. It Doesn't Matter If You Are Just For The First Time Looking For Answers On Drug Addiction, This Guide Will Get You On The Right Track. 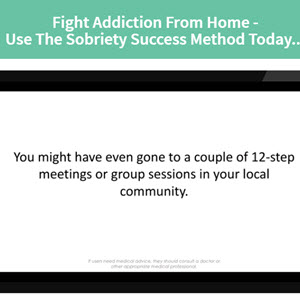 The Parkinson's-reversing Breakthrough, How to withdraw from cocaine, Low Energy, Parkinsonian Tremor Herbal Medication, Dealing With PD, Initiation of treatment in early PD