Oral lesions are very common in HIV-infected patients, although geographic and environmental variables may exist.* Previous reports indicate that most AIDS patients have head and neck lesions," - while oral lesions are quite common in HIV positive individuals who do not yet have AIDS.1' Several reports have identified a strong correlation between HIV infection and oral candidiasis, oral hairy leukoplakia, atypical periodontal diseases, oral Kaposi's sarcoma, and oral non-1 lodgkin's lymphoma.--47'77'9'1

Oral hairy leukoplakia (Olll ) primarily occurs in persons with HIV infection.414" Pound on the lateral borders ol the tongue, ii frequently has a bilateral distribution and may extend to the ventrum. Ihis lesion is characterized by an asymptomatic, poorly demarcated keratotu area ranging in size from a lew millimeters to several centimeters (lig. 29-n. often, characteristic vertical striatums, imparting a corrugated appearance, are present, or the surface may be shaggy and may appear "hairy" when dried (Color lig. 29-1. A). I Tie lesion does not rub off and may resemble other keratotic oral lesions.

Microscopically, Ihe lesion shows a hyperparakera-totic surface with projections that often resemble hairs. Beneath the parakeratotic surlace are acanthosis and some characteristic balloon cells resembling koilocytes (Fig. 29-2). It has been demonstrated that these cells contain virus particles of the human herpesvirus group; these particles have been interpreted as the l\pstein-Karr virus (l\UV).nEpithelial dysplasia is not a feature, and in most lesions, little or no inflammatory infiltrate in the underlying connective tissue is present.,,K

Olll is found almost exclusively on the lateral borders of the tongue, although it has been reported on the dorsum of the tongue, buccal mucosa, floor of the mouth, retromolar area, and soil palate. '" UM In addition, most of these lesions reveal surface colonization by (Mfhliiiu organisms, which «ire secondary invaders and not the cause of the lesion.

OHL was originally believed to be caused by the human papilloma virus, but subsequent evidence suggests that this condition is associated with I hV.1, In the late 1980s a so-called pseudo-hairy leukoplakia was described in HIV- and I UV-negative individuals who manifested

Fiy. 29 1 Hyperkeratotic areas in the lateral border ol the tongue in a patient with AIDS.

with lesions clinically identical to C>111. In addition, several case reports have described Olll in KBV-iniected but HIV-negative individuals suffering from a variety of mini unosuppressed conditions (e.g., acute myelogenous leukemia) or who are i mill unosuppressed as a result ol organ transplantation or extensive systemic corticosteroid therapy.4*41 " Regardless, biopsy identification ol a lesion suggestive of Olll. should dictate that IIIV testing be performed.

I he differential diagnosis of OHl must consider white lesions of the mucosa, which include dysplasia, carcinoma, frictional and idiopathic keratosis, lichen planus, tobacco-related leukoplakia, psoriasiform lesions (e.g., geographic tongue), and hyperplastic candidiasis. Ihe microscopic confirmation of Olll of the tongue in a high-risk patient is considered to be a specific early sign of HIV infection and a strong indicator that the patient will develop AIDS.,S However, earlier diagnosis and treatment of HIV infection appears to have resulted in a marked reduction in occurrence of Olll.. although incidence studies have not been performed. Prior to the advent ol cllective therapy for IIIV, survival analysis indicated that of HIV-infected patients with hairy leukoplakia would develop AIDS within months,44 and the number of patients with hairy leukoplakia who eventually developed AIDS approached I00%.4

It should be emphasized that the severity of the lesion is not correlated with the likelihood of developing AIDS. I'hus small lesions are as diagnostically significant as extensive lesions.1 ,M

(\uitliiiii, a fungus found in normal oral flora, proliferates on the surface of the oral mucosa under certain conditions. A major factor associated with overgrowth of Candida is diminished host resistance, as seen in debilitated patients or in patients receiving immunosuppressive therapy. Ihe incidence of candidal infection has been demonstrated to progressively increase in relationship to diminishing immune competency.1 -SV'H,,H1 Most oral candidal infections (85% to 95%) are associated with ('anilidti albicans, but other species of Candida may be in volved/4 Currently, at least II strains of Candida have been identified, and non-C. albicans infections are more common among immunocompromised individuals already receiving antifungal therapy for < . albican\.u'9

Candidiasis is the most common oral lesion in IIIV diseases and has been found in approximately 9()% of AIDS patients.111- It usually lias one of four clinical presentations: pseudomembranous, erythematous, or hyperplastic candidiasis or angular cheilitis.14

Pseudomembranous candidiasis (thrush) presents as painless or slightly sensitive white lesions that can be readily scraped and separated from the surface of the oral mucosa. I'his type is most common on the hard and soft palate and the buccal or labial mucosa.

I.ryt hcniatous candidiasis may be present as ;i component of the pseudomembranous type, appearing as red patches on the buccal or palatal mucosa, or it maybe associated with depapillation of the tongue (Pig. 2*)-.*).

Hyperplastic candidiasis is the least common form and may be seen in the buccal mucosa and tongue. It is more resistant to removal than the other types (Fig. 29-4).

In angular cheilitis, the commissures appear erythematous with surface crusting and lissuring.

Diagnosis of candidiasis is made by microscopic examination of it tissue sample or smear of material scraped from the lesion, which shows hyphac and yeast forms of the organisms. When oral candidiasis appears in patients with no apparent predisposing causes, the clinician should he alerted to the possibility of HIV infection.1 Many patients at risk for HIV infection who present with oral candidiasis also have esophageal candidiasis, a diagnostic sign of AIDS.141

Although candidiasis in HIV-infected patients may respond to antifungal therapy, it is olten refractory or recurrent. Iraditionallv, 30% of AIDS related candidiasis relapse within 4 weeks of treatment and (>()% to K()% within \ months. Ibis relapse may result from decreasing immunocompetency or development of antifungal resistant candidial strains. As many as 10% of carulidial organisms become resistant to long-term fluconazole therapy, and cross-resistance to other antifungal agents may develop to include itraconazole, amphotericin B oral suspension, and intravenous amphotericin Resistant candidiasis is more common in individuals who have low ( 1)4 counts at baseline.s,>

Recent reports indicate that the administration of effective combined antiretroviral and firotease-inhibiting drugs in HIV infections has resulted in a significant decrease in incidence of oropharyngeal candidiasis and or.il candidal carriage and has reduced the rale ol fluconazole resistance.1''

Kaposi's sarcoma (KS) is a rare, multifocal, vascular neoplasm; it was originally described in 1872 as occurring in the skin of the lower extremities of older men of Mediterranean origin. Its cause is unknown, although sexually transmitted viral infection has been suspected. Recently, a new strain of herpes virus has been identified

How To Cure Yeast Infection

Now if this is what you want, you’ve made a great decision to get and read this book. “How To Cure Yeast Infection” is a practical book that will open your eyes to the facts about yeast infection and educate you on how you can calmly test (diagnose) and treat yeast infection at home. 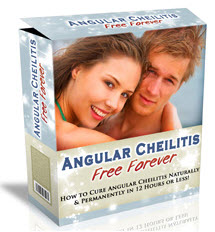